The Return of Sport: Betfred Events

Slowly but surely, our favourite sports are making their way back into our lives, and although we can’t yet be there to witness the action live, our TV screens are full of the best action out there.

The English Premier League has returned, seen Liverpool crowned as champions, and continued a relegation battle set to go down to the wire.

North of the border, the Scottish Premiership was concluded early as Celtic won their ninth consecutive title. At the same time, Hearts were left heartbroken after being relegated with eight games left to play.

Sticking in Scotland, the return of the Betfred Cup is one that all football fans will be looking forward to, after the thrilling final between Celtic and Rangers last December. 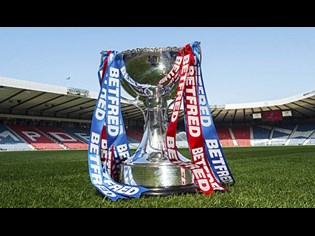 Despite having a man sent off, and with Rangers enjoying the lion’s share of the chances, Celtic hung onto their 1-0 advantage to claim their fourth consecutive Betfred Cup.

Next season is sure to be just as exciting, although as is the case with many of our favourite sporting events, it will look a little different. Typically commencing in July, the group stage now looks set to kick off during October’s international break.

All Premiership and Championship clubs have agreed to participate, while League One and League Two clubs will be asked if they wish to do so.

We can’t wait for the return of the Betfred Cup and wonder if someone can break the Celtic monopoly of recent times.

The Betfred Super League had only just started before Covid-19 abruptly halted proceedings back in March.

St Helens are the defending champions, but with a record of three wins and three defeats, they are already off the pace with Wigan and Castleford topping the table.

They won’t have to wait long to try and close the gap, however, with the league resuming in less than a month.

Sunday 2nd August sees the Betfred Super League return, and with much of the season still left to play, there is no telling who will come out on top in the Grand Final.

It isn’t just team sports forced into pausing as a result of the current pandemic. Golf has recently returned, without spectators willing every putt home, and the Betfred British Masters is just a matter of weeks away. 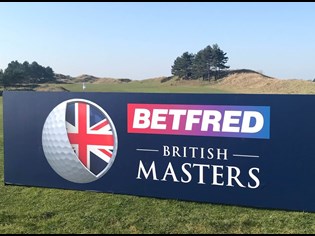 Hosted by Lee Westwood in Newcastle-upon-Tyne’s Close House course, the former world number one is available at 20/1 with Betfred to make home advantage count and regain the title that he last won in 2007.

Last time this event was held at Close House, Rory McIlroy finished three shots off the lead. Will he be able to go one better this time around?

Also returning at the end of this month is the Betfred World Snooker Championships. Originally due to take place in April, the Crucible action is a matter of weeks away, with World Snooker announcing a July 31st date.

Reigning champion Judd Trump is the 5/2 Betfred favourite to do the business again in Sheffield, while five-time champion Ronnie O’Sullivan can be backed at 9/2.

John Higgins has been defeated in the final for the last three years and is available at a tasty 14/1 to add to his four triumphs.

Before all of the above, however, we welcome back the Betfred World Matchplay with open arms. One of the biggest events on the darts circuit is to be played behind closed doors between 20th and 28th July in what will be a much more subdued atmosphere than the competitors are used to.

For the first time since its inception in 1994, the tournament will take place away from Blackpool’s Winter Gardens, with the Marshall Arena in Milton Keynes the preferred venue. 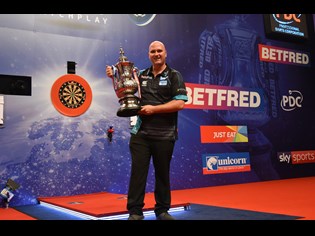 Rob Cross shocked the world of darts last year, beating Michael Smith 18-13 to take home the title, and the 29-year-old is available at a massive 20/1 to defend his trophy.

World number one, Michael van Gerwen, hasn’t won the Betfred event since 2016 but is the red-hot favourite to do just that at odds of 7/4.

Last year saw Betfred enter the Spanish market, striking a sponsorship deal with La Liga outfit Real Mallorca. Vicente Moreno’s men currently find themselves inside the relegation zone, and with just four fixtures left to play, will need a minor miracle if they are to survive the drop.

Since opening his first shop in 1967, Fred Done has seen his sportsbook empire grow to become the leading independent bookmaker in the UK. Betfred has partnered with some of the biggest names in UK sport, but 2020 saw them extend their network to across the pond.

Just last month, Betfred USA Sports announced a multi-year partnership with the Denver Broncos. Affiliation with the 2016 Super Bowl champions shows real intent from the Salford-based enterprise, and they show no signs of slowing down.

With sport returning around the globe, there has never been a better time to become a part of the ActiveWins affiliate programme.

Fancy joining our team? Contact us today on [email protected]